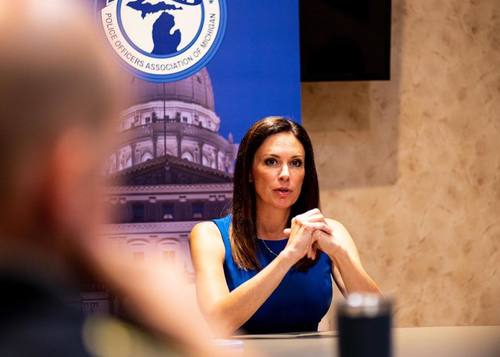 A state legislator representing Rochester and the speaker of the state house are on GOP gubernatorial candidate Tudor Dixon's short list for running mate, the Free Press reports.

Political analysts have said Dixon — who received Trump's endorsement and has claimed he won the 2020 election — will need to balance the ticket with a more moderate conservative to beat Gov. Gretchen Whitmer.

Bishop, who served in Congress from 2015 through 2019 and in the state Senate from 2003 through 2010, including a stint as Senate majority leader which overlapped with Gov. Gretchen Whitmer's time in the Senate, declined comment.

Bolger, who helped spearhead right-to-work legislation while serving as speaker from 2011 through 2014, at the same time Whitmer served as Senate minority leader, was named to the board of the DeVos-backed Great Lakes Education Project after he left the Legislature. Today, Bolger heads a consulting firm and is a member of the Michigan Civil Service Commission.

'The Week That Was:' Are Michigan Races All About Abortion and Trump? Plus, a Detroit Coney Update.