Months after a school shooting in another suburban community, parents and students in the Plymouth-Canton Community Schools district are upset over a video of a white high school student making racist threats. 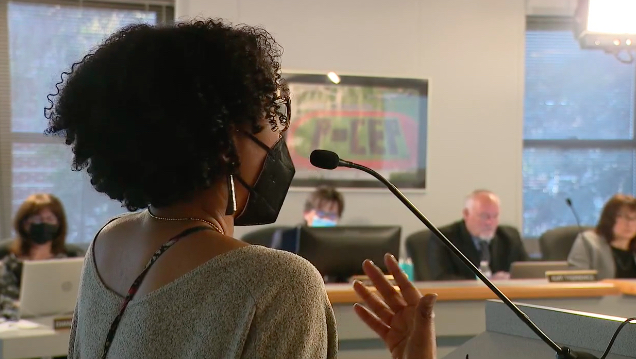 The recording appears to show a white high school student threatening to shoot and lynch African-Americans---while calling them a number of racial slurs.

Plymouth Canton Community Schools Superintendent Monica Merritt addressed the video during a board meeting and in a letter to parents and students Monday night, saying, "We do not condone or tolerate reprehensible acts of this nature."

"I am not able to give details, there is not an active threat I will say, at our school at this moment," Merritt said Tuesday night.

The Fox 2 report lacks some details, including where the student attends, or attended, school, his age, or information about his background. His identity is known to the school.

The video surfaced in March and was later shared on social media.

Merritt sent a letter to the school community Monday, reading in part:

"When this matter was initially brought to the attention of the Plymouth-Canton Educational Park Administration, it was investigated immediately and addressed with the students involved. We will not, under any circumstances, ignore these matters and will continue to work to eliminate these harmful and destructive behaviors and beliefs."