A Flint Community Schools' finance committee meeting got too hands-on Wednesday, prompting a full board meeting eight hours later. Members voted 6-0 to remove Danielle Green as president, though she stays on the board. 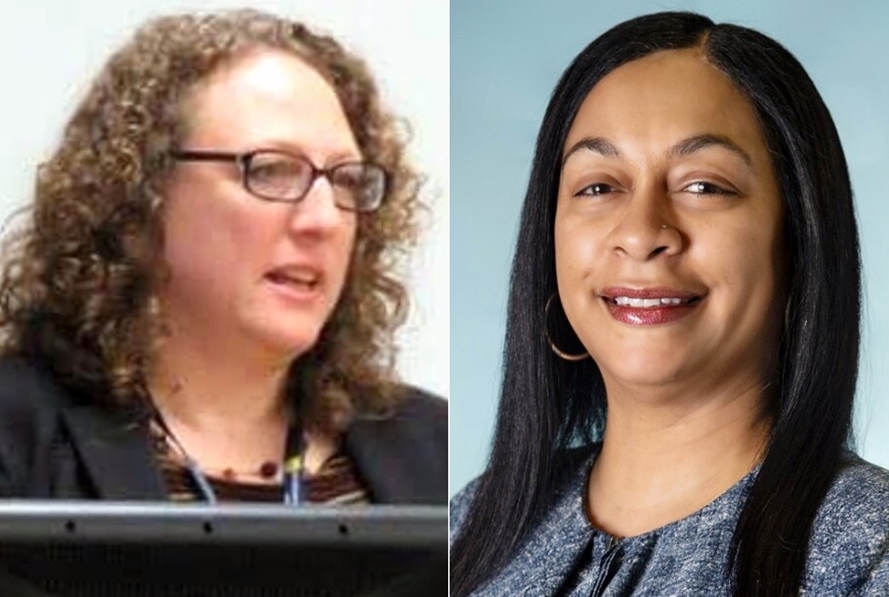 Green, who did not attend the emergency meeting to consider her removal, allegedly slammed MacIntyre's head into a desk, causing a concussion, grabbed her throat and punched her multiple times, leaving blood. ...

"I was chairing a committee meeting and I was attacked, unprovoked," she said at the emergency meeting. "There was no escalation, fight or attack previous to being attacked. ... I was brutally attacked and had to seek medical attention." ...

Police were called right away after the incident took place, said Charis Lee, board attorney. ... MacIntyre has filed a police report and the incident is currently under investigation, Lee said.

"Danielle stood up and took offense at something in particular that I said, and have no idea about, and walked around our staff secretary and towered over me and started threatening me with her finger.

"I stood up to back away, at which point she grabbed my throat and then grabbed my hair and slammed my head into the table and started punching me in the head."

The women "have quarreled during public meetings in the past," the paper adds.

Superintendent Kevelin Jones said the two board members had disagreed about the topic of building new schools and the conversation escalated.

Jones emailed and posted a "Dear Families" letter about what he calls "an incident ... this morning between two members of our Board of Education." He told families: "We remain committed to the safety of all members of our school community."

If Green is charged with a felony and found guilty, she'd lose her board seat automatically. Her seat is up for election this year.