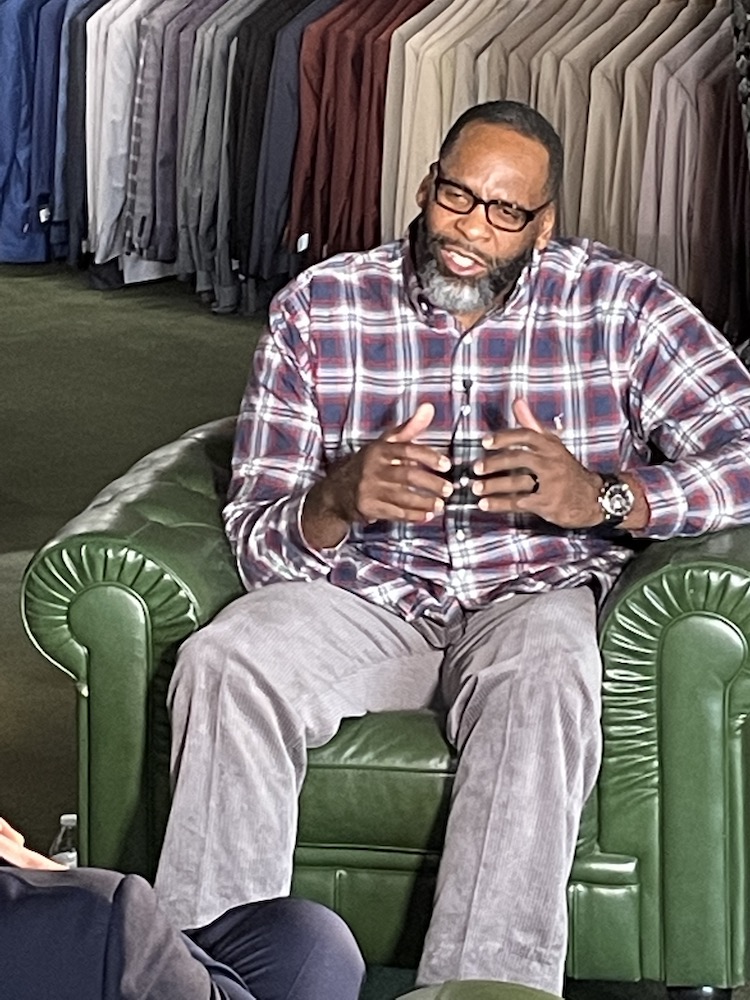 A confident and relaxed ex-Detroit Mayor Kwame Kilpatrick said Saturday he's launching a virtual ministry called Movemental Ministries on Jan. 20 from his adopted state of Georgia. It will include Saturday services, bible studies and workshops.

Kilpatrick was convicted of 24 federal felony counts and sentenced in 2013 to 28 years in prison. While behind bars, he felt the calling of the ministry. In January 2021, President Donald Trump commuted his sentence to time served -- nearly eight years. In July, he married Laticia McGee, 40, who had been receptionist while he was mayor. She has an 11-year-old son.

During an interview at Times Square Men's Custom Clothing store on Livernois in Detroit, Kilpatrick also talked about his attachment to the city, his feelings toward President Donald Trump, having an 11-year-old stepson, his relationship with his three adult sons, Mayor Mike Duggan, skepticism that he's changed and the impact of a Deadline Detroit column in 2018 that characterized his 28-year sentence as too harsh.

Below is the 17-minute conversation.

4 free Covid test kits can be obtained now by mail