QAnon guest speaker: Michigan secretary of state candidate shows who she really is

Kristina Karamo, a Republican from Oak Park who hopes to unseat Michigan's secretary of state next year, speaks at a national QAnon-linked conference that starts Friday. The event site describes the 36-year-old candidate as a "special guest" who "has defended the Christian faith, the U.S. Constitution, the right every human being has to life from conception to natural death, and the right of voters to choose their elected officials."

The four-day "Patriot Double Down" in Las Vegas, hosted by a group called Patriot Voice, is promoted with a reference to the far-right conspiracy theory and movement -- a seven of hearts and queen of hearts, playing cards that add up to 17. (Q is the 17th letter in the alphabet.) The FBI calls QAnon a domestic terror threat.

They tried to shut us down, but we have no plans to back down or shy away from this movement. We promise to double down on our dedication to God & Country and patriotism! ...

You will hear from your favorite Patriots and Digital Soldiers. 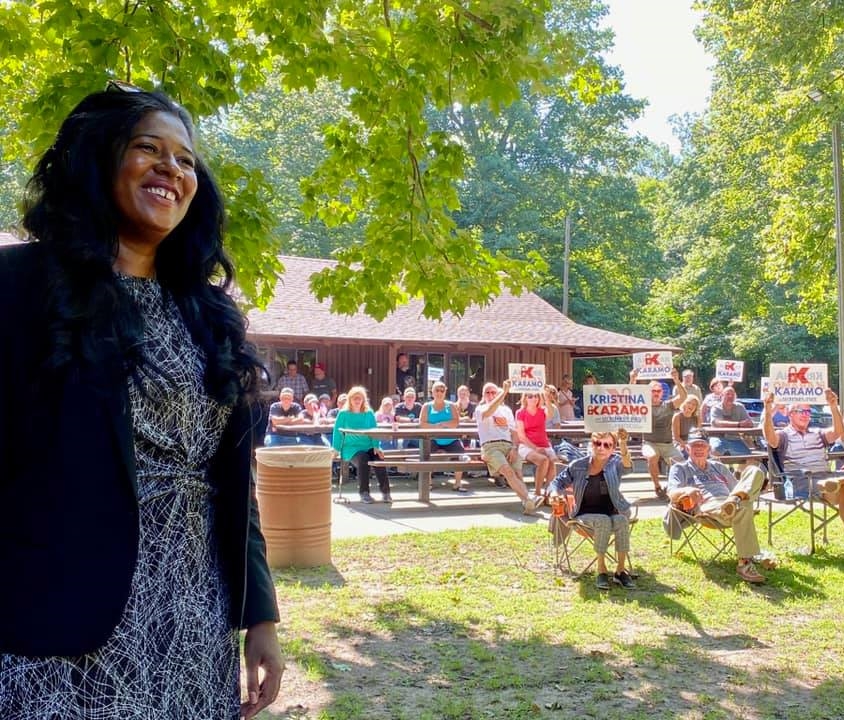 Kristina Karamo at a recent Michigan rally. "I have defended ... the right of voters to choose their elected officials." (Photos: Facebook)

Karmamo "was unaware" of the Q reference in the event logo, her campaign tells Bridge Michigan, and "does not and never has supported QAnon."

Among those listed as keynote speakers in Nevada is George Papadopolous, who "was the first former Trump aide arrested in the U.S. Department of Justice's investigation into an alleged Kremlin plot to sway the 2016 U.S. election outcome," his event bio notes with apparent pride. He wrote a 2019 book titled "Deep State Target: How I Got Caught in the Crosshairs of the Plot to Bring Down President Trump." 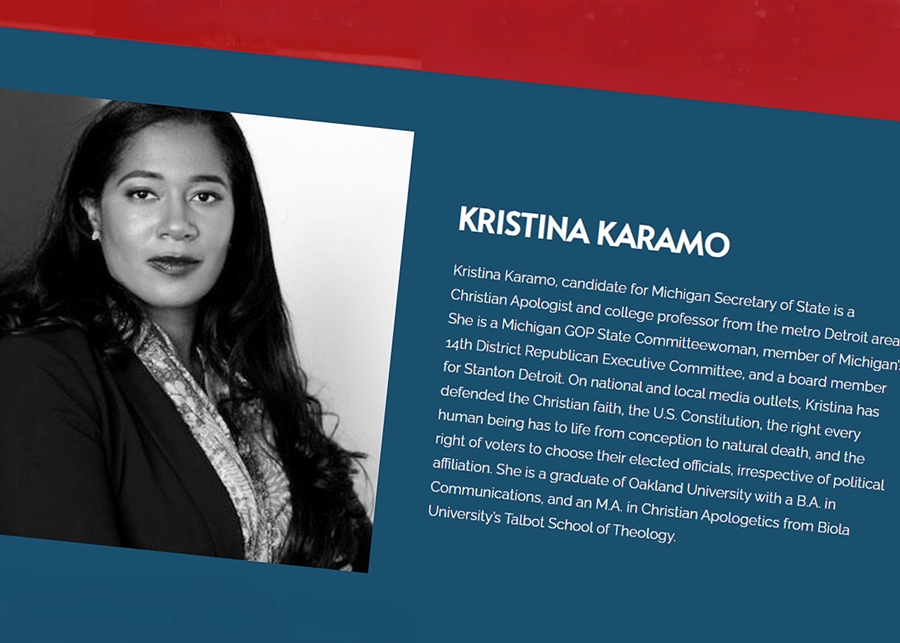 Karamo, seeking nomination to run against first-term Secretary of State Jocelyn Benson in 2022, is endorsed by Trump, who tweeted earlier that she's "strong on Crime, including the massive Crime of Election Fraud."

She promoted this week's podium role at her Facebook campaign page three weeks ago -- as Vice magazine first mentioned Wednesday. When Jonathan Oosting of Bridge asked about that, an aide to the political novice replied by email:

"The conference is not about QAnon, it's about God and Country.

"Kristina can not control who will be at the conference and (if) some out of the hundreds that will be there believe in QAnon so be it, but one will probably never know as that is not what the conference is about. For the press to continue to state otherwise is simply an attempt to smear a good person through guilt by association." 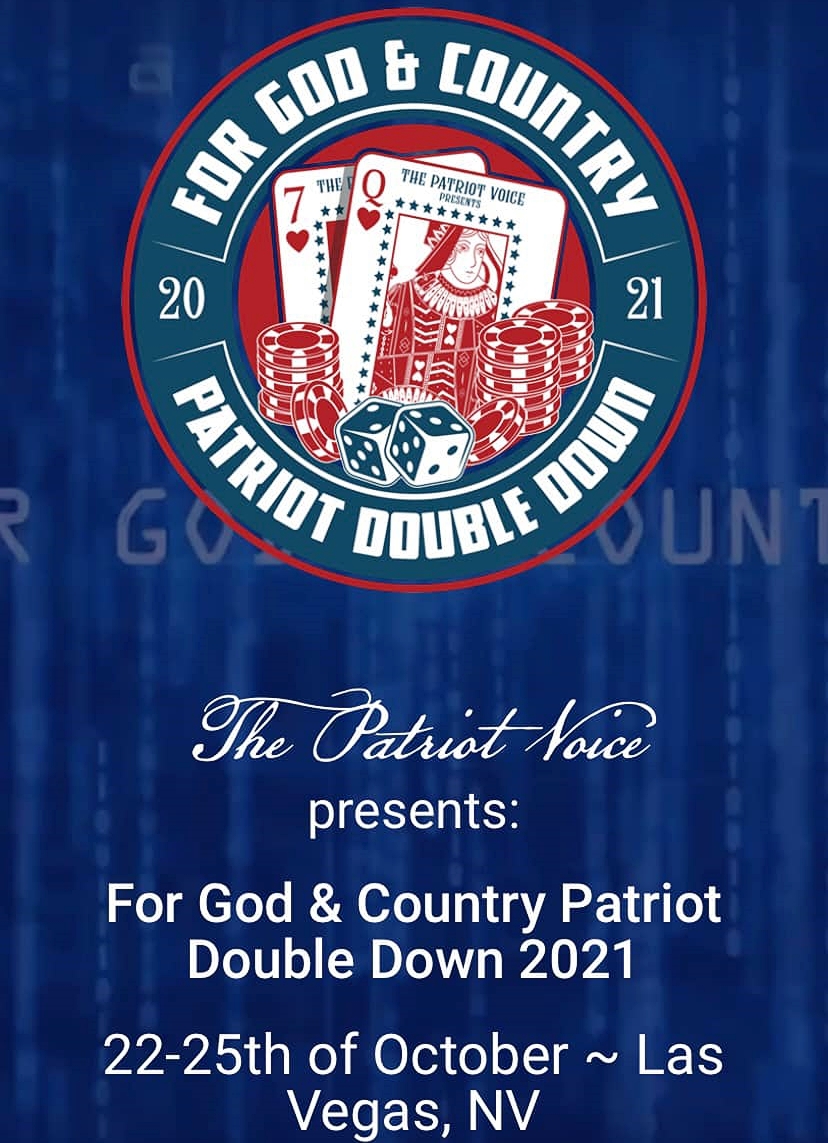 Conference organizers, however, have not been shy about the QAnon connection. An official promotional video includes several QAnon references and describes the event as "the great awakening weekend," a callback to the conspiracy belief that Trump will one day expose a deep state cabal that has worked to thwart him.

Atop her LinkedIn page, Karamo proclaims that she's "Protecting the Consent of the Governed!" The Oakland University graduate ('11) also describes herself as a college professor, but shows that's a stretch:

I teach a [Wayne County] Community College Orientation class, which helps students get acclimated to the college environment. The classes are designed to ... improve essential life skills that will create a prosperous life."