Back to the drawing board? Michigan redistricting maps violate civil rights, commission told

The head of the Michigan Department of Civil Rights had bad news for members of the citizen redistricting commission Wednesday night: These maps have a big problem. 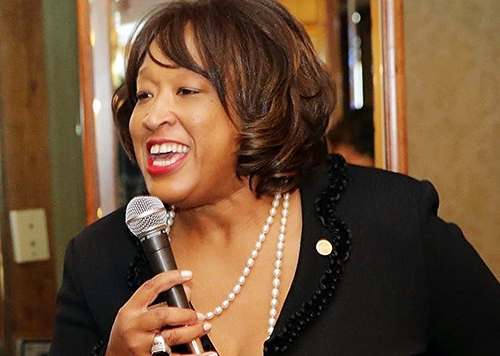 The commission's draft maps "dilute majority-minority districts and strip the ability for a minority voter to elect legislators who reflect their community and affect any meaningful opportunity to impact public policy and lawmaking." He warned the commission that if it approved any of its draft maps, it would be violating the Voting Rights Act. The federal law requires voting districts that ensure minority groups have an opportunity to elect their preferred candidates.

The statement came at the first public hearings about the draft maps, which seek to redraw congressional and state legislative districts after the 2020 census. This is the first set of maps offered by the newly formed Citizens Redistricting Commission, enabled by the passage of a 2018 amendment to the state constitution.

Those who spoke at the meeting told the commission members they would sue if the lack of majority-minority districts was not corrected in later drafts.

With her fist in the air, shouting over loud applause by those in attendance, Sherry Gay-Dagnogo, a former state representative and a member of Detroit's Board of Education, yelled, "Get it right or watch out for the lawsuits because they're coming."

Others who spoke said the maps should be redrawn to take away "disproportionate advantage" of Republicans in what is generally considered a purple state.