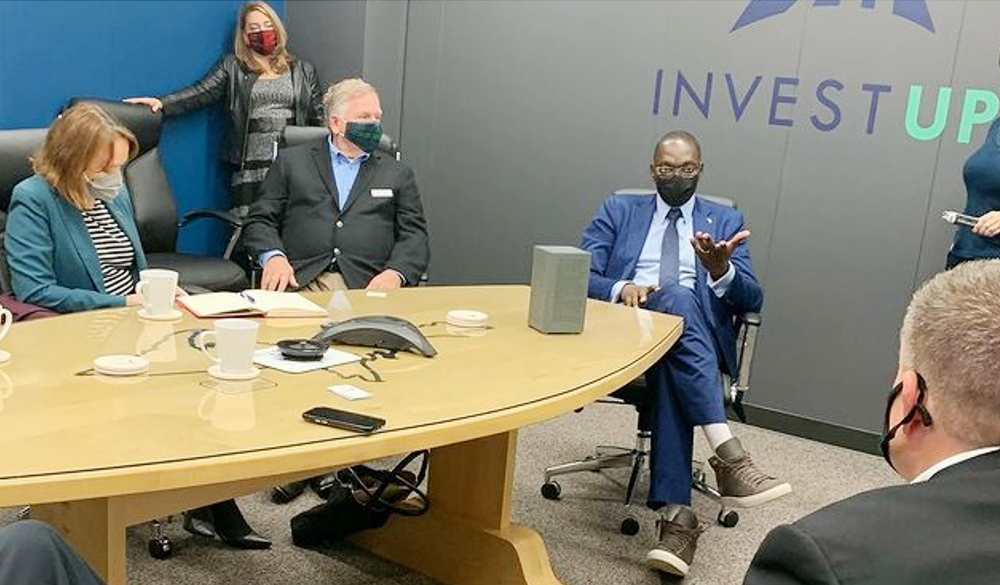 This social media shot posted by an aide shows Garlin Gilchrist, a Detroiter, in snazzy olive sneaker-boots with laces dangling. (We admire the look, just to be clear.)

The occasion was a presentation at InvestUP, the region's lead economic development organization, by executives from Highline Internet. That firm is installing optical fiber cable to offer 1-gigabyte internet service across the Upper Peninsula, supported partly by $189 million from the federal Rural Digital Opportunities Fund.

The "network will revolutionize access to the internet for tens of thousands of Michigan residents," says Highline president and general manager Bruce K. Moore, who was at Wednesday morning's sit-down. Delta County customers are expected to gain high-speed connections late this year, with other areas added in 2022-23.

Gilchrist praises the startup on three social platforms for "great work to expand broadband to more of Michigan's communities."

His next stop was the Upper Peninsula Cybersecurity Institute at Northern Michigan University, also in Marquette, which Gilchrist says "is helping Michigan build a strong cybersecurity workforce."