This Detroit-style pizza shop gives our pie a bad name 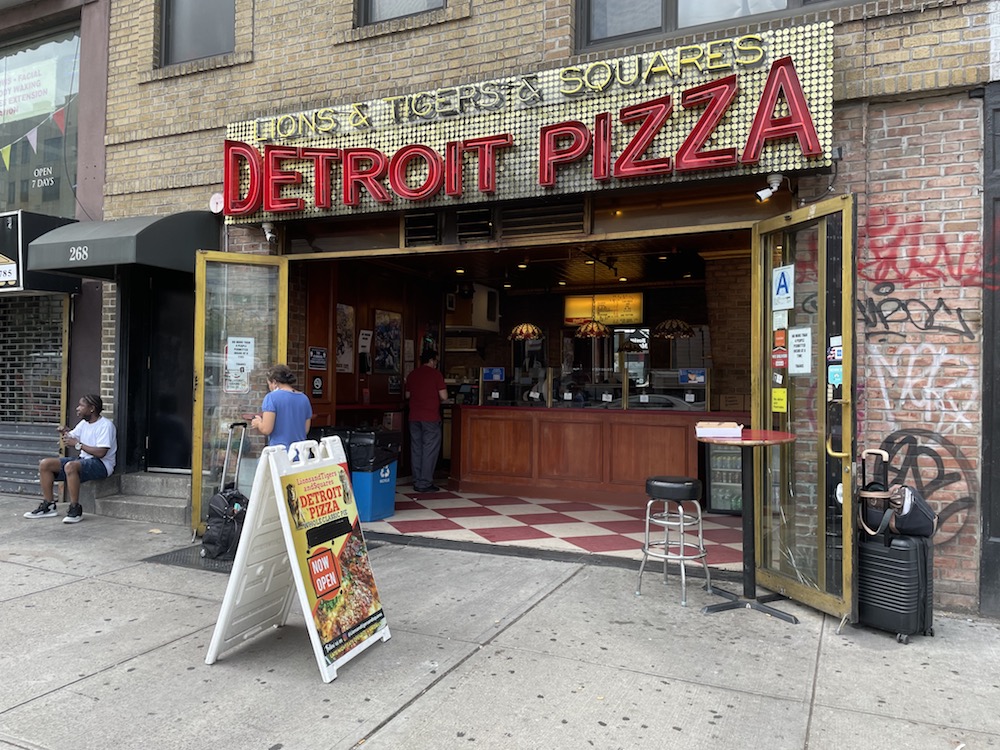 NEW YORK — Detroit-style pizza is having a moment, but the uninitiated will likely have better luck enjoying our famed pie at Pizza Hut than Lions & Tigers & Squares, a Manhattan pizzeria we had the displeasure of eating at this week.

The creation of Francis Garcia and Sal Basille, New Yorkers with a separate national chain and Cooking Channel show, the Chelsea pizza spot debuted to relative fanfare three years ago, with a segment on Jimmy Kimmel and review by Barstool Sports.

It appears to be one of just two independent Manhattan pizzerias that trade solely on our quasi-deep dish squares with sauce on top. And "trade" is the operative term here, because while Lions & Tigers & Squares may drip Detroit from the memorabilia on its walls to the Motown pumping through its speakers, it has no Detroit connection, and any local with functioning tastebuds can tell within two bites.

While the presentation is spot on and the toppings are inspired (the Kimmel segment stemmed from internet outrage over a mustard and sauerkraut combination the show host said was actually quite good), no dense pepperoni layer and four-corner crisp can disguise the tragedy at the center.

The cheese does not properly melt and has no pull, but rather sits like a brick atop a dough with its own set of problems that we'll get to momentarily. The cheese's quality or dough's denseness are likely culprits, as we dropped by at lunch and got two slices of the vodka sauce variant fresh and piping hot.

The dough, meanwhile, lacks the fluffy texture of any Detroit pizza you'll find stateside, and begins to feel almost raw the further you venture into a slice.

As it happens, there's an art to Detroit-style pizza-making that self-described afficionodos Basille and Garcia failed to pick up on during their trip to Buddy's they say inspired their restaurant. However, it doesn't seem many visitors can tell the difference; the place has 4 stars on Yelp with nearly 500 reviews.

Here's a visual aid of what we mean: