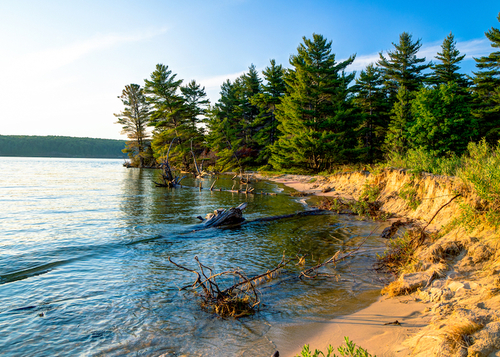 "At the time of the initial call, Lake Superior was experiencing gale force gusts of up to 35 knots and waves building to 3-5 feet, occasionally to 7 feet," the National Parks Service said in a press release. "The severe weather was contributing factor that led to this unfortunate outcome."

The victims were identified as Kimberly Aiello of Troy and and David Delegato of Shelby Township.

“I would like to thank all our agency partners that assisted us with the large and sustained emergency response in the face of severe overnight weather," said National Parks Service Ranger Joe Hughes. "Specifically, the United States Coast Guard aviation and water borne assets who worked tirelessly to complete their mission in support of the National Park Service."