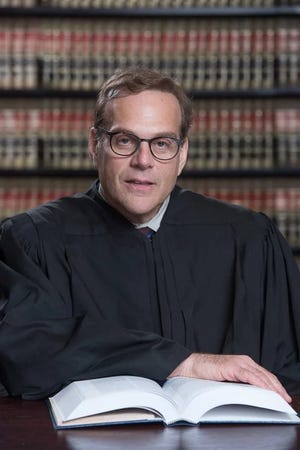 "Judge Tukel’s devotion to the rule of law and the constitution was surpassed only by his love and dedication to his family, friends and the University of Michigan, where he was an adjunct professor," said Chief Judge Christopher M. Murray in a statement.

Tukel of Orchard Lake was appointed by Gov. Rick Snyder to the Michigan Court of Appeals in 2017, and was later elected.

A graduate of University Michigan undegrad and law school, he joined the U.S. Attorney's Office in 1990 where he went on to become chief of the National Security Unit, overseeing counter-terrorism, terrorist-financing, export control and other programs.

Prior to joining the U.S. Attorney's Office, Tukel was an associate at the law firm of Honigman Miller Schwartz & Cohn, where he focused on antitrust, labor, employment discrimination and wrongful termination and white collar criminal defense.

In 2012, he received the Attorney General Award from the Department of Justice for “Excellence in Furthering the Interest in U.S. National Security.”

Kris Dighe, a former prosecutor in the U.S. Attorney's Office wrote on Facebook:

"This news about my friend and former colleague saddens me. Jon was a bright and talented attorney who brought a ferocious dedication and sound judgment to everything he did."

"Yesterday we lost a great friend, a great colleague and a great legal mind. He'll be clearly missed by many."

The passing of Judge Jonathan Tukel is a tremendous loss to our legal community and all of us who knew him. Jon was smart, funny, and deeply committed to the rule of law. Glad he got to see his beloved @umichfootball start the season undefeated.