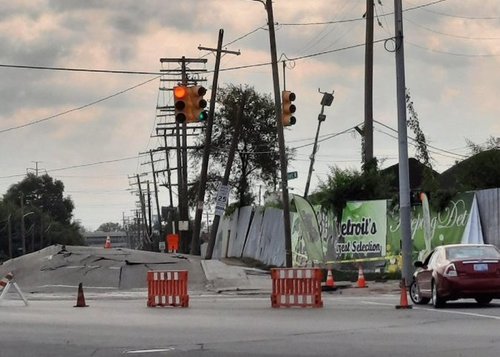 Elected officials are adding their voices to the call for an evactuation order in Southwest Detroit after a community group's request was denied by the Duggan administration.

Three leaders representing the area tell Fox 2 why they feel an order is needed for households in the area of Dearborn and Fort streets:

►"Everyone we've spoken to from EGLE to the EPA says they've never seen anything like this in their 20, 30-year careers. And that, in and of itself, should cause folks alarm," said Raquel Castaneda-Lopez, Detroit City Council.

►"We’re very concerned that we’re not taking the precautions," said Congresswoman Rashida Tlaib (D-Detroit). "It’s like we’re waiting for a disaster to happen."

►"There is no evacuation plan that the community can look to," said Wayne County Commissioner Ilona Varga. "'Where do I go? What do I do? Where do I gather for more information?'"

Even State Rep. Adam Hollier, who's typically aligned with Duggan since a 2018 endorsement, splits with the administration:

►"The big difference is to compare this to what happened in Flat Rock, right?" said State Sen. Adam Hollier (D). "In Flat Rock there was something mysterious (underground gas leak) and people didn't know what was going on. And they immediately evacuated everybody. And that’s not what you’ve seen here."

With a nearly a week gone by and still no word on what caused the earth to rise about ten feet in southwest Detroit — tilting utility polls and toppling a dispensary — some residents are urging city officials to issue an evacuation order.

"The site is unstable, the cause is not known, and the direction it is taking is
unpredictable," said Pastor Kevin Casillas with the coalition. "All of this is occurring in an area where we understand there are high pressure gas lines."

The cause of the incident remains under investigation, the city said in a joint news release issued Thursday morning with DTE and the Great Lakes Water Authority. The energy utility shut down a nearby 24-inch natural gas pipe Wednesday "to avert a potential public safety issue and allow the investigation ... to proceed safely," the release said.

A bypass method is being used to service nearby industrial customers in the interm, but it's causing a foul odor to emanate from GLWA's wastewater treatment plant.

The city's explanation for the stench:

The installation of the bypass will interrupt the Great Lakes Water Authority’s (GLWA) normal wastewater solids processing at its regional Water Resource Recovery Facility (WRRF) and Biosolids Drying Facility on Jefferson. As a result of this interruption and the need to store solids inventory on-site, there may be a short-term increase in odor because the Authority will not be able to maintain its typical high standard for odor control at the facility.

The storage of solids on the WRRF site will not prevent GLWA from meeting the water quality requirements of its National Pollutant Discharge Elimination System Permit and will not create any public health issues. There will also be increased truck traffic in the area during the service interruption as GLWA works to remove solids inventory from the WRRF.

Hundreds of people live nearby and the area has in the past received special consideration due to its underground infrastructure, the community benefits coalition wrote, pointing to a recent decision not to plant trees on Dearborn Street due to the high-pressure utilities underground. The release also made mention of "several tons of iron ore ... piled high at a scrap yard facility at the epicenter."

The city on Friday declined to issue the order.

"The area has been made safe and there is nothing from a health or safety standpoint at this time that would necessitate an evacuation," said Chief Operating Officer Hakim Berry.
"However, we continue to monitor the situation very closely."