A Harrison Township Republican state representative was stripped of his committee assignments, apparently after Oakland County Democratic Rep. Mari Manoogian alleged he abused her in some way. 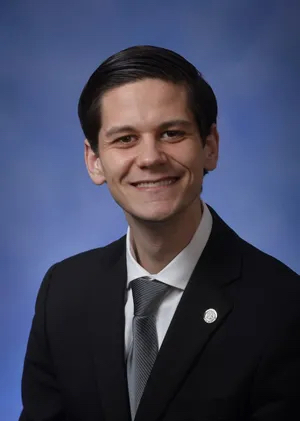 Manoogian, a Democrat from Birmingham, indicated in a Wednesday statement that she had a "volatile relationship" with (Rep. Steve) Marino of Harrison Township in neighboring Macomb County and "threats" led to his removal as chairman of the House Commerce and Tourism Committee.

"I can confirm that we received a complaint late yesterday that we are looking into," said Shanon Banner, a spokeswoman for MSP. "Because it is ongoing and in the very early stages, we will not be providing further comment."

On Wednesday, House leaders gave no explanation for why Marino was being removed from committees, generally an action taken as punishment. But then Manoogian released a statement reading in part:

“The unfortunate reality is that many people in our society have experienced domestic abuse, which often comes from someone we would never expect. None of us are immune to a volatile relationship, regardless of our career. It can happen right here in our legislature, where abuse of power and threats to ruin a colleague’s reputation, as well as threats of public shaming, can be used to intimidate fellow members of the legislature.”

Marino was also removed from the Local Government and Municipal Finance Committee.

Other lawmakers expressed support for Manoogian. "Proud of you and always have your back, Rep.," tweeted fellow Democrat, Sen. Mallory McMorrow of the 13th District.

Update: 1:46 p.m. Thursday: Marino issued a statement and said the relationship ended more than a year ago, according to the Detroit News.

"I will be clear: The insinuations made are nothing more than politically motivated character assassination that I am confident will conclude as a waste of the public's time. I look forward to fulfilling my duties and maintaining the trust I've worked so hard to build during my seven years in public office."