Elephant in the room: Detroit council, back from recess, is mum on corruption probe 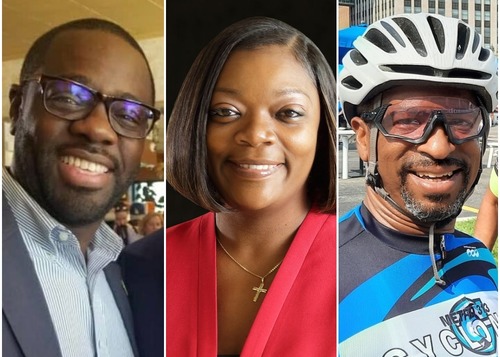 If you thought Detroit City Council — with nearly half of its members having been indicted on corruption charges or under FBI scrutiny — would acknowledge the allegations that emerged during its summer recess, you gave the group too much credit.

Not a single councilmember mentioned the latest corruption probe to cast a cloud over the body on Tuesday, its first day back after a six-week break. Outgoing member Andre Spivey was indicted on a bribery charge in late July and members Scott Benson and Janee Ayers, who are seeking re-election, saw their and their top aides' homes raided by the FBI several weeks later. All were present at Tuesday's session.

Some Detroiters urged action in light of the probe during a public comments period. Water rights activist Meeko Williams submitted a letter requesting that the councilmembers under suspicion be suspended to prevent a Gabe Leland situation, wherein the councilmember remained on committees and voting on contracts for nearly three years after he was federally charged with bribery. Leland resigned only in May, after pleading guilty to a lesser charge, and was sentenced to probation.

Asked to weigh in on that request by Council President Brenda Jones, the body's legal advisor, David Whitaker, said that wasn't possible because, under the city charter, councilmembers can serve until found guilty of a crime.

Whitaker has previously said the only way to strip their duties would be for their colleagues to find them guilty in a forfeiture hearing, but that such a scenario is unlikely because the councilmembers who'd lead such a proceeding lack the information and evidence of federal authorities. The FBI has declined to share what sparked its probe, though the Detroit News has reported the investigation is centered on the towing industry and bribes.

Raquel Castañeda-López and James Tate are the only members who've spoken on the situation. The former has called for ethics training.