Out-of-power parties, between elections, are supposed to be all about unity, papering over the cracks and, if divisions remain, keeping them out of public view. Politics, after all, is about addition, not subtraction. 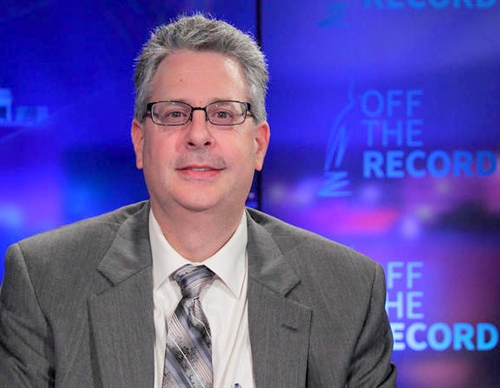 The Detroit News has a story about an incident at a "Manistee County MI Freedom Event" last weekend that had one candidate so annoyed by DePerno's claims that he dropped an f-bomb in front of a microphone.

"What I’ve learned in the past six months is we elected people to Lansing who do not have courage. And that needs to stop," DePerno said, while Rep. Jack O'Malley, R-Lake Ann, and Sen. Curt VanderWall, R-Ludington, waited to speak at the Manistee County MI Freedom Event.

DePerno argued state lawmakers should have decertified the election, subpoenaed county election records and run more audits. He added that he had invited senators and representatives to meet with him about his case in Antrim County, but only three House lawmakers agreed to do so.

... O'Malley, who spoke right after DePerno, appeared rattled by the candidate's comments and noted "I'm a little pissed off right now if you haven't guessed."

"And, Mr. DePerno, I checked. My office never got an invite from you. If you got it sent, we’ll look for it, but you sure didn’t try too hard.”

DePerno's case regarding the Antrim County election snafu was dismissed in May. National attention focused on the county after an imputting error led to vote totals indicating Joe Biden won the conservative county. However, the error was caught and fixed, and the accurate count confirmed through an audit and a hand recount.

Nevertheless, election conspiracy theorists, including DePerno, have seized on Antrim as the center of their beliefs that the election was somehow stolen from former President Trump.

Sen. Ed McBroom, an Upper Peninsula Republican, led a Senate Oversight Committee investigation that concluded the election in Michigan was fairly conducted and accurately decided. It also singled out unnamed individuals who have profited from pushing false claims. DePerno is generally assumed to be one of them.

DePerno has crisscrossed the state, speaking at local party events and repeating his claims.