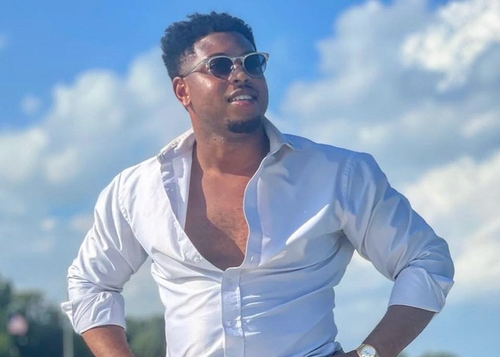 Michigan Rep. Jewell Jones, a Democrat from Inkster who has twice violated bond orders for charges of drunken driving and resisting arrest, is back in the news this week for working on behalf of Michiganders ... by promising to help them get vaccine exemptions if they face a work or school mandate.

The 26-year-old posted the offer three days ago on his Instagram page, where he calls himself "Neighborhood Hope Dealer."

"I'm not saying we don't need to get the vaccination or anything, but choice is important," he tells Fox 2 in a subsequent interview. "I'm standing there with you if this is the choice you want to make and you just need a little extra oomph."

He does, however, concede his support might be meaningless, captioning the post "can't make any promises but it's worth a sHoT," with a syringe emoji.

Jones' charges stem from an April incident in which he allegedly drove nearly 50 miles from Southfield to Fowlerville before crashing on I-96. He has since failed to make payments on his alcohol tether, prompting its shutoff. He'll be sent to jail in the event of another violation, his judge reportedly said at a hearing in July.