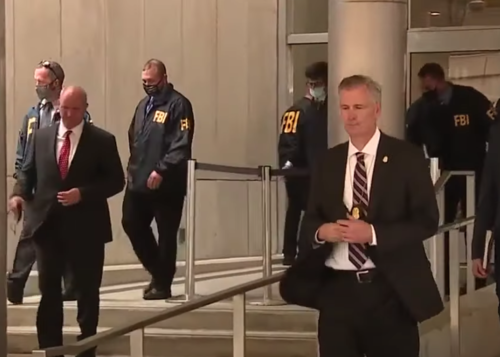 The Justice Department prohibits interfering with elections. Why did the Aug. 25 searches come within ten weeks of one? (Screengrab: Fox 2 video)

By Violet Ikonomova
and Allan Lengel

When Detroit voters cast ballots in the upcoming city council elections, they’ll have an unexpected twist to consider: The FBI investigation of two of just four incumbents.

Last Wednesday’s raids on the homes of council members Janeé Ayers, who holds an At-Large, or citywide seat, and Scott Benson, who represents District 3, came ten weeks ahead of the Nov. 2 election and just three weeks before the issuance of absentee ballots.

Timing so close to an election is unusual, as federal law enforcement officials are prohibited from interfering with elections and urged against even appearing to do so. It could signal there was urgency to act, said Andy Arena, the former head of the FBI office in Detroit and current head of the Detroit Crime Commission.

“The general rule is you don’t do anything on corruption during the election cycle,” Arena said, adding that the Aug. 25 raids were, in his opinion, “definitely within the cycle.”

The Justice Department, which oversees the FBI, does not provide specific time constraints in policies on political activities, but there’s an unwritten guideline against taking enforcement action against candidates within 60 days of an election, said former U.S. Attorney for the Eastern District of Michigan, Barb McQuade.

"But it is not etched in stone," she said.

The raids on city hall and the homes of the council members and their chiefs of staff fell just outside that window. 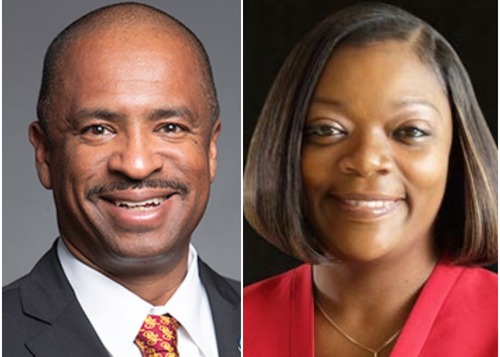 But extenuating circumstances like public safety could warrant action at any time, McQuade added. Searches could have also been conducted when they were to prevent the destruction of evidence or stop any further potential criminal activity, like a possible vote on a contract, said Arena.

Council returns from summer recess next week. Just before its break began in July, Benson, who chairs the Public Health and Safety Committee, prevented the advancement of a towing ordinance opposed by the industry, which would have created additional regulations and aimed to curb predatory practices with threat of criminal penalty for violators. Ayers spoke against the ordinance as well, saying “this is how (tow companies) make their money.”

The public corruption probe is centered on towing and bribes, according to the Detroit News, and Mayor Mike Duggan has said his “observations” lead him to believe that’s likely true.

The investigation has yielded one charge of conspiracy to commit bribery against outgoing District 4 council member Andre Spivey, who is said to have, with a staffer, accepted more than $35,000 between 2016 and 2020 in exchange for possible votes. He's scheduled to plead guilty in late September and has been cooperating with investigators for more than a year, his lawyer said.

Benson is the only candidate on the ballot in his district. Two write-in challengers, Adam Mundy and Steven Shelton, face long odds.

As of Monday, neither candidate was on the radar of District 3 resident Eli Gold.

“I will most likely abstain from voting in that race altogether,” he said, but added, “Benson has been responsive to the district — so people feel pretty good about him.”

The investigations will more likely have bearing on Ayers’ race, “it’s just a question of how much,” said political pollster Ed Sarpolus, founder of Target-Insyght. The outcome could ultimately depend on whether her opponents can gather enough money and momentum to take advantage of her misfortune, he said.

Detroit councilmember Ayers, whose house was raided today, finished first in this month's primary for two at-large seats. Mary Waters, who served a year's probation after getting caught up in a separate public corruption probe a decade ago, came in third. https://t.co/nGYhcTssG1 pic.twitter.com/OmONuJQJ7d

The 39-year-old former union leader is seeking one of two at-large seats and had a significant edge coming out of the Aug. 3 primary, where she placed first in a field of five with 31 percent of the vote. Her challengers are Coleman A. Young II ; Nicole Small; and Mary Waters, who was charged in 2010 in relation to a separate public corruption probe.

Andy Webb, a District 6 resident, says he previously considered casting a ballot for Ayers, but has now ruled that out because of the raids.

“Detroit has had too many issues with corruption and it needs to end,” he said. “If friends and neighbors ask me, I’ll also recommend voting for anyone but Ayers.”

Searches don’t prove guilt, but tend to signal investigators are well into a case.

“(They) often come toward the end of an investigation because it is an overt step that tips off the targets and it means that the investigation has proceeded to the stage that a magistrate judge has found probable cause that evidence of a crime would be found at the search locations,” said McQuade.

Whether the members are charged or cleared may not not be known by the election, McQuade said, as it can take months to review and analyze material seized in a search.