Whoosh could describe what seems likely to be brief service by a Detroit Police Academy graduate suspended for fighting in Greektown hours after getting his badge.

The unnamed rookie was arrested for disorderly conduct during a videotaped brawl outside a Greektown bar at 1:30 a.m. Saturday, city officials said Monday.

He still wore uniform pants from a Friday afternoon swearing-in ceremony with 22 other probationary officers, according to WDIV and Fox 2, which post the bystander video. It shows the off-duty officer punching another man before uniformed officers step in.

"In the video, you can see what looks like a police badge attached to his belt," Jessica Dupnack of Fox 2 reports.

Shawn Ley of WDIV says: "The arresting officers report that once he was in jail he was very disruptive and used profanity and racial comments." 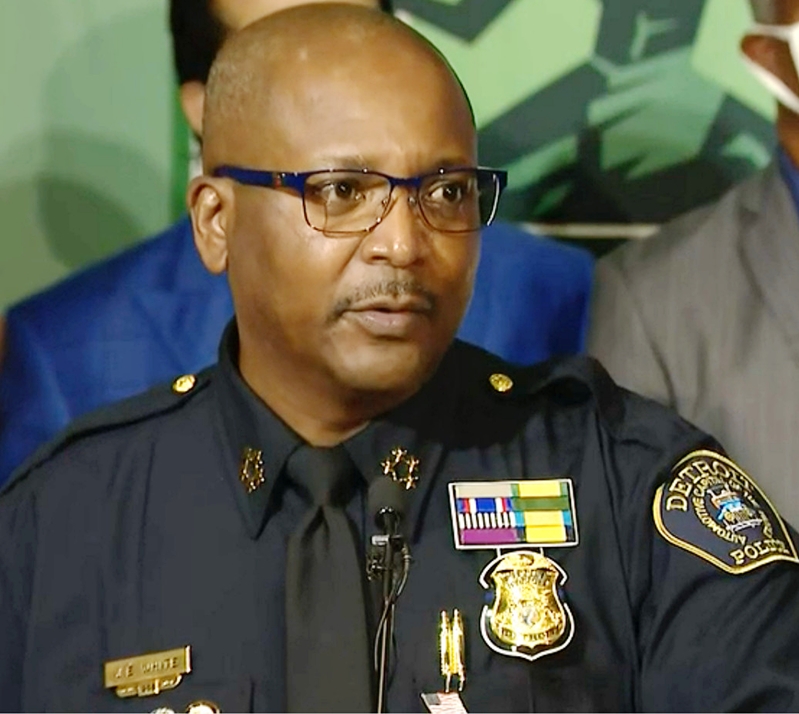 Chief James White: "This will not be a heavy lift." (File photo)

"This will not be a heavy lift," Chief James White said Monday when asked whether the cop on paid suspension will be dismissed. In a statement quoted by the two stations, he adds: "I’m extremely disappointed in the behavior and actions of this probationary officer. His conduct does not represent the hard-working men and women of this department."

Violence has marred Greektown nightlife repeatedly in recent months as bars are closing. In early August, video showed a Detroit police officer stunning a backing-away man with a face punch.