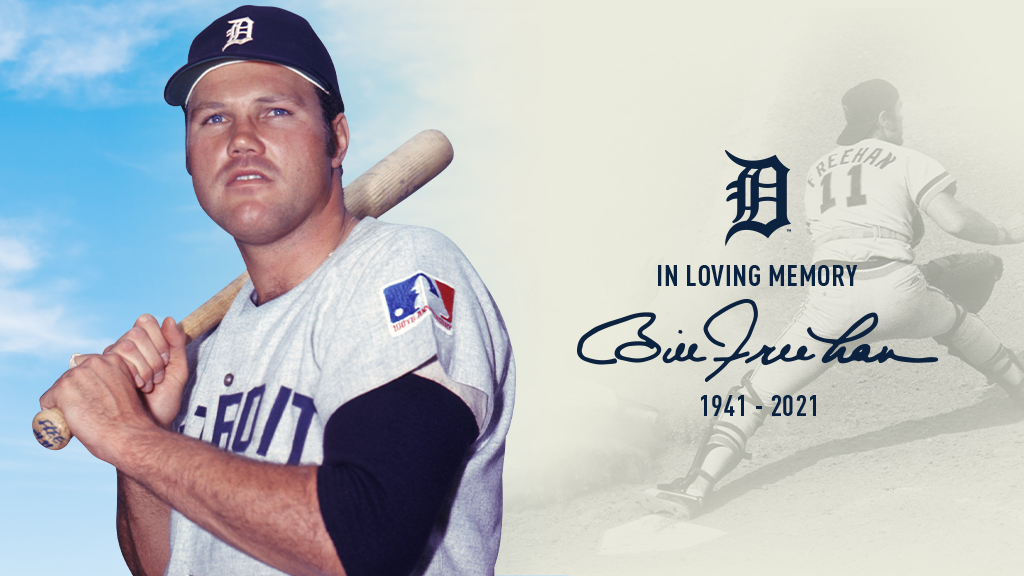 Former Detroit Tigers All-Star Bill Freehan, who played a key role in his team's 1968 World Series victory, died Thursday after a long battle with dementia in Northern Michigan. He was 79.

Freehan, who was the prototype of what a catcher should be -- and perhaps the best to ever wear a Tiger uniform --  stayed with the team his entire major league career until he retired in 1976, something rarely seen these days.

“It’s with a heavy heart that all of us with the Detroit Tigers extend our condolences to the friends and family of Bill Freehan,” the Tigers said in a statement. “An all-time great Tiger, the Olde English ‘D’ was the only logo he wore over his 15-year Major League career, during which he was named to 11 All-Star teams, won five straight Gold Glove Awards and played a key role on the 1968 World Series Championship team.

"Off the diamond, Freehan made a positive impact in the southeast Michigan community, including as a player and then coach at the University of Michigan, where he changed the lives of many for the better. Our thoughts are with Bill’s wife, Pat, and the entire Freehan family.

A five-time Gold Glove winner, he caught for pitching stars who included Mickey Lolich and Denny McLain, the majors' first 30-game winner since 1934.

Born in Detroit, he grew up in Royal Oak until age 14 when his family moved to St. Petersburg, Fla. He attended the University of Michigan on an athletic scholarship, playing catcher on the baseball team and linebacker and end for the football team.

He joined the Tigers in the early 1960s and married Patricia O’Brien in 1963. The two met in high school. The couple had three children -- Corey Sue, Kelley and Cathy.

Freehan had long been on the decline at his home in Northern Michigan.

Bill Freehan lies on a hospital bed in the middle of the room. The World Series is on the TV.

“Boston is playing,” Pat Freehan tells Bill, her husband. But she doesn’t know whether he can fully understand her.

Freehan, one of the greatest Detroit Tigers ever, cannot walk, cannot speak and cannot eat on his own. “Is he aware?” Pat asks. “I don’t know. Those are the things you don’t know."

"Bill Freehan was one of the greatest men I’ve ever played alongside, or had the pleasure of knowing. I’ll always cherish our childhood memories together and our journey from sandlot baseball to Tiger Stadium. His entire major league career was committed to the Tigers and the city of Detroit.

Lee Panas, a Massachusetts author who blogs about the Tigers, tweets Thursday: "One can make a strong Hall of Fame case for Freehan."

There are two images which represent the 1968 @tigers to me (and many others). Both involve the late Bill Freehan:
- blocking home plate to tag out Lou Brock and
- hugging Lolich after clinching the pennant
What an amazing ball player at all levels. pic.twitter.com/154Sn5A6E1