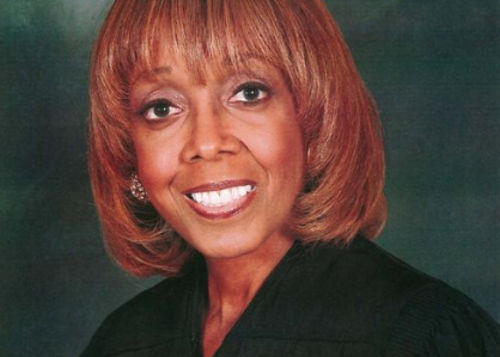 Post condolences or a tribute at this guest book for her family.

Judge Karen Fort Hood of Detroit, who became the first Black woman to chair the Michigan Judicial Tenure Commission, died Sunday after a brief, undisclosed illness. She was 68.

Hood, a state Court of Appeals judge since 2003, was elected by the commission last December to a two-year term. In 2017, she  joined the unpaid panel of judges, attorneys and people from other professions.

She remained a judge while chairing the commission, which addresses allegations of judicial misconduct.

Adolph Mongo, who ran her first campaign for Michigan Court of Appeals nearly 20 years ago, said: "She was brilliant, a great judge and a comunity person. She loved her work and she was fair and honest when doing it. I was sad to hear about her passing."

Born in Detroit, she earned her undergraduate degree in 1980 from the Regents College of the University of the State of New York at Albany and her law degree in 1989 from the Detroit College of Law.

She was an assistant Wayne County prosecutor before being elected to the Detroit Recorder’s Court Bench in 1992. In January 1999, she became presiding judge of Wayne County Circuit Court's criminal division. And in 2002, Hood became the first Black woman on the Michigan Court of Appearls.

"She was one of a kind," she said. "We served as assistant prosecutors, Recorder’s Court judges, and Wayne County Circuit Court judges together. We were also Delta Sigma Theta Sorority sisters. We had a of shared history and her loss will be profound. She was never afraid to tell you about yourself and speak truth to power. My condolences go out to her family and friends. She will be missed by the judiciary, the community, and by me.”

In an interview with Deadline Detroit in December after being elected chair of the Judicial Tenture Commission, she said: "Regardless who you're judging, you want to be fair and impartial."

“Judge Hood treated each of the parties and litigants who came before her with respect and dignity, and I will always remember her kindness and compassion from my own experiences appearing before her countless times.”