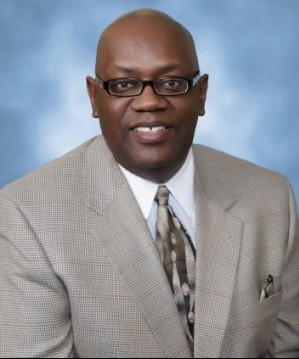 Dads often want what's best for the men who marry their daughters, but the CEO of the Detroit Wayne Integrated Health Network reportedly took it a step too far.

According to an investigation by WXYZ, Willie Brooks helped protect and advance his son-in-law's position within the mental health system's legal team, sparking an internal review the station says has revealed "a litany of ethical and policy violations by both men." Brooks is expected to be disciplined as soon as this week.

The problems emerged after Brooks' son-in-law, Sean Riopelle, who'd been tipped to the job opening by Brooks, began having performance issues. The pair never revealed their relationship, and Brooks reportedly came to his aid during a meeting with HR to discuss potential remedies, including a performance improvement plan to avoid termination.

But any talk of discipline was quickly scuttled, records show, when, to everyone's surprise, Brooks himself attended the meeting.

“(The) presence of Mr. Brooks diverted the discussion,” according to an internal memo written by compliance officer Bernard Hooper. “(Deputy general counsel Callana) Ollie asserts that Mr. Brooks participation was an act of intimidation and that she did not understand the reason for Mr. Brooks’ interest in Mr. Riopelle’s employment matter.”

After Brooks’ intervention, Riopelle successfully avoided discipline. Staff said they could not recall Brooks being present for any other disciplinary matters, according to an internal memo.

Brooks also reportedly tried to help elevate Riopelle, according to the memo.

He allegedly asked Ollie during a meeting whether she felt Riopelle was prepared to take her job should she advance to the position of general counsel.

Ollie insisted he was not performing well in his current position, Hooper wrote.

Still, when Ollie separated from the DWIHN in November, records show Brooks “elevated” his son-in-law to interim deputy general counsel anyway, though an official promotion was not processed through human resources. Riopelle now reported directly to his father-in-law.

Brooks was tapped to lead the agency in 2018, according to an old Detroit News report. At the time, the state was monitoring it for a number of issues outlined in a letter announcing an upcoming visit.

(It) cited a number of concerns, including its need to hire a "qualified executive director"; "allegations of conflicts of interest" among its board; "less than substantial compliance with an Office of Recipient Rights assessment, and "handling of improper payments and the recoupment process" the authority used.